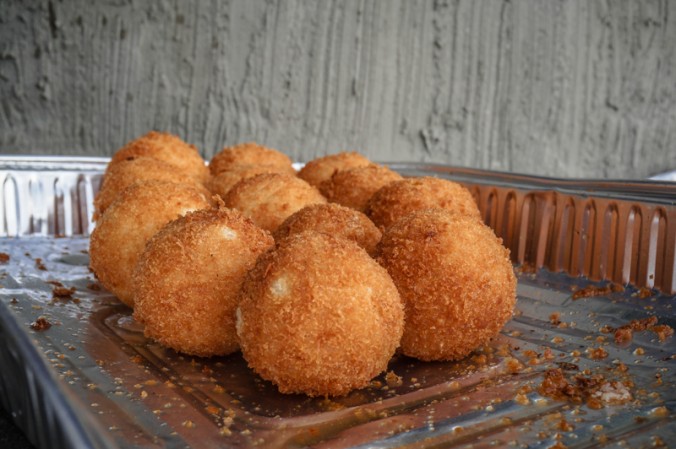 What a great festival this was again this year! There were some new vendors this year that I was not expecting to see, and others that I was sad to not see there.

What i will do though is jump right to the highlight of my time there.

The amazing Rice Balls from Johnny Rocco’s Italian Grill.  A-may-zing-balls. #amazeballs.  They just melted in your mouth. Inside  was rolled up and packed rice with a sweet and melty cheese filling. 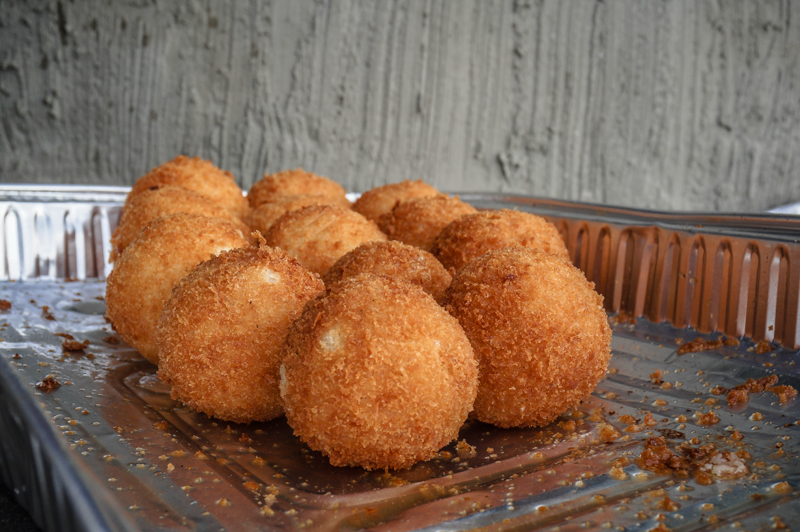 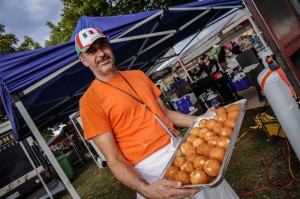 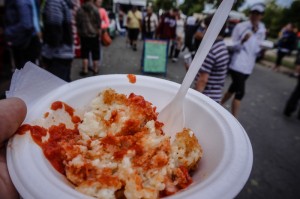 After the Rice Balls I ended up at the always tasty Mandarin. It isn’t so much a unique dish but on that I know is gonna be good.  I can’t tell you how much I am a sucker for Chicken Balls, Chicken Fried Rice and Egg Rolls.  So good. 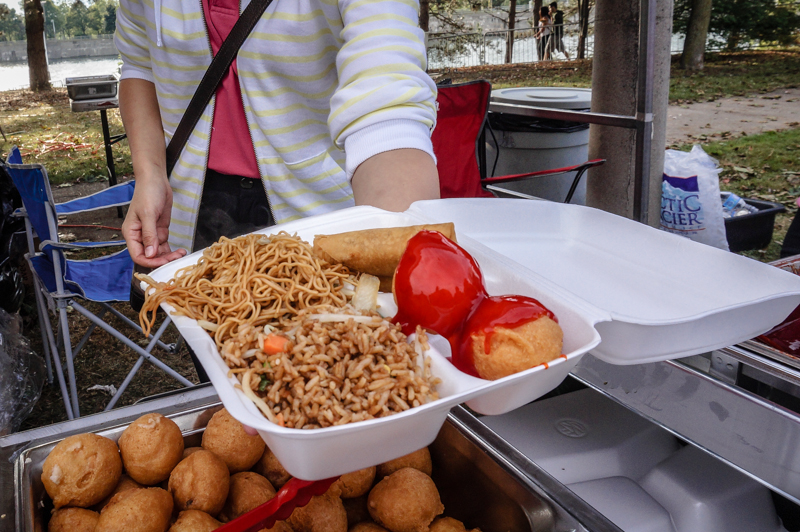 I ended up catching Lou from the Smokin’ Buddha giving the crowd lessons making fresh spring rolls. At least that is what I thought he was making. 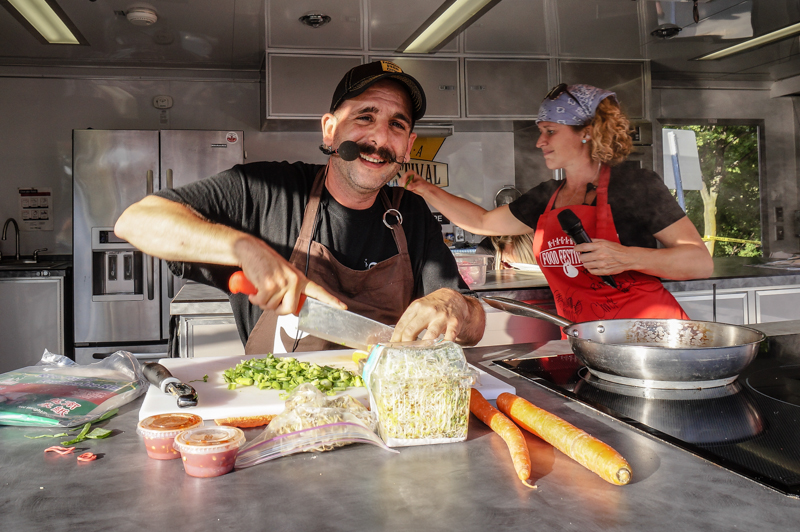 All this walking and eating was making me hungry.  Time for a Jolly Rancher slushy. So sour. So good. 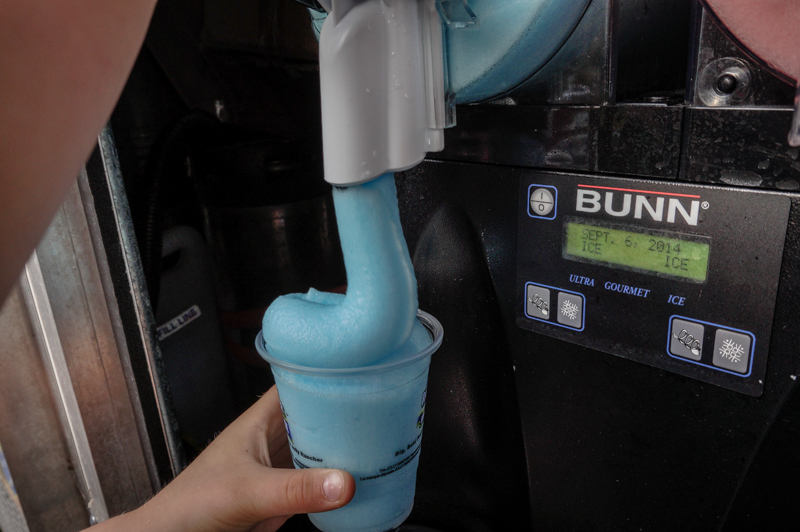 I was told the Lemonade was amazeballs too. I did not try it but the lady making and the lady drinking were very happy. 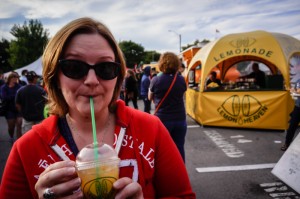 What food festival would be complete without a slew of unhealthy dessert treats!

First we have the tiny donuts. Typically I like them with a bit of cinnamon but these were great plain. 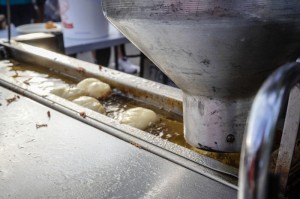 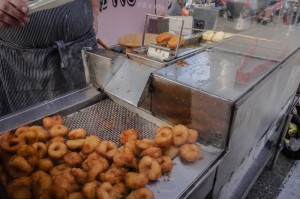 Up next was the classic Deep Fried Mars bar. I did not go for this one but asked a lady if it were ok to take a photo before she gobbled it.  It is coated with what was referred to as “Welland Snow” by an onlooker. haha.

And then there was the Parisian extraordinaire, Thierry.  His crepes are fantastic.  When not at these festivals he is at his Cafe on Queen Street in Niagara Falls.  Paris Crepes Cafe. 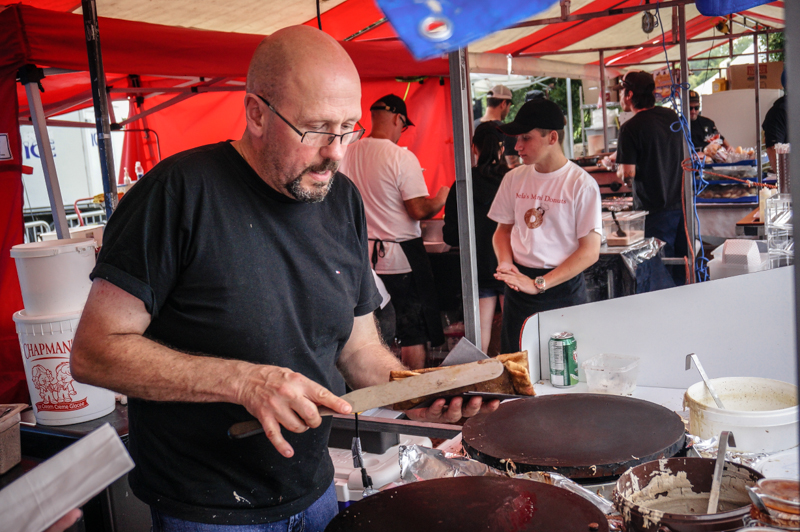 So this was enough for me. I had reached my limit and needed to be rolled home.

Oh but first i stopped and watched a juggalo, err a juggler. 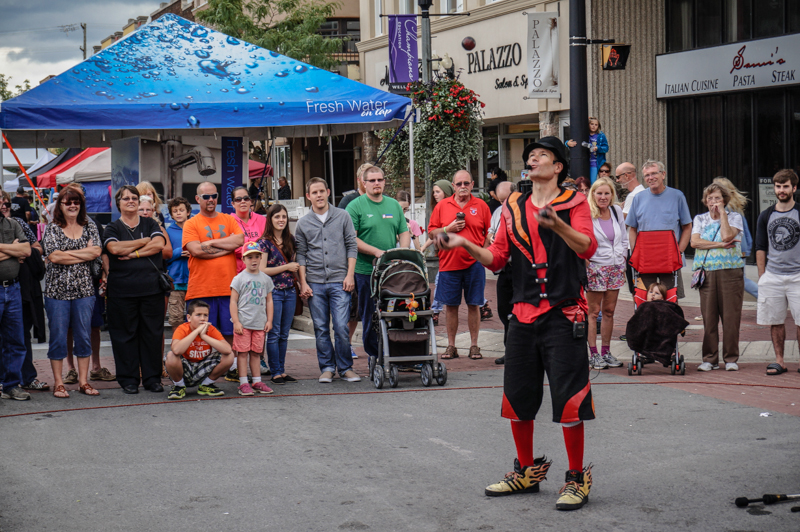