The proprietor of the establishment, Paul, or as he was known on Saturday, Han Burgundy or  Ron Solo, celebrated his 5th year being Niagara’s premiere comic, collectable, fan-merch, and nerdy geek supplier.

I don’t remember if this was taken during his first year of business, possibly second.  We took it as a tribute to a photo taken many years earlier with people in the same positions out front of this storefront.  I was glad to have been able to take this photo.  When I asked Paul if he still had a copy he had it to me within 30 seconds, no lie. 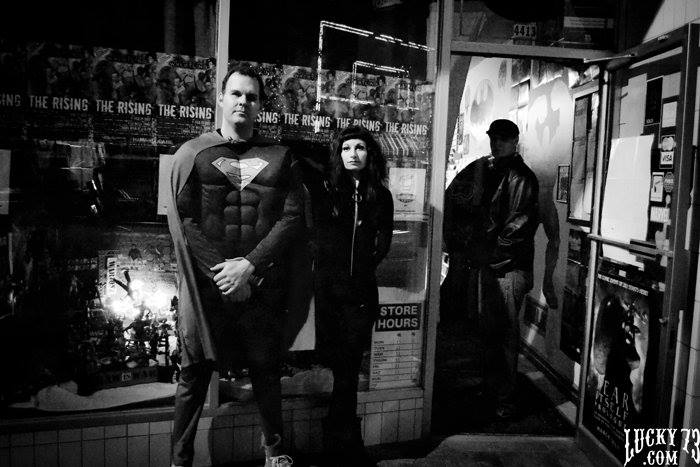 It has been great watching this comic shop develop in to what I think to be a great niche store. Not unlike the other amazing business to run out of Pulp Comics’ location 20 years ago, Poptones, Paul has been able to curate a massive selection of cool stuff that people want.  Note to Paul. I want Sloth; please put him aside for me.  My anniversary is coming up. My wife will love this. Is 12 years Pearl? or Little Rubber Freakshow? 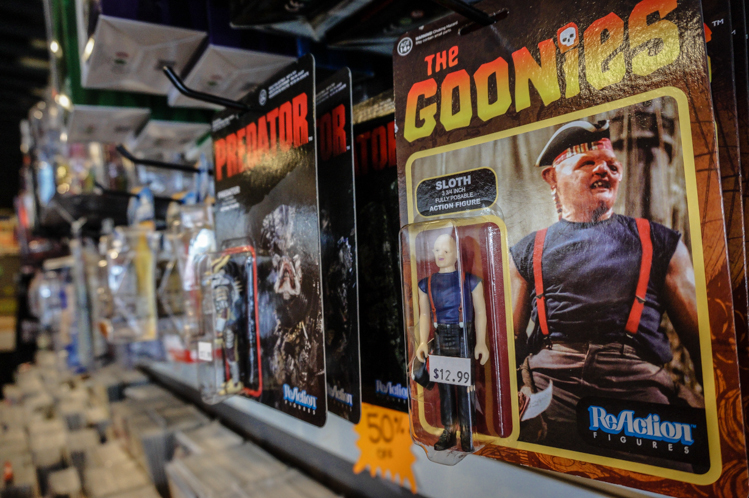 Not only is there a  lot of neat stuff, he brings cool people in to do things, draw for you , sign your things and has fun theme days  and original events. 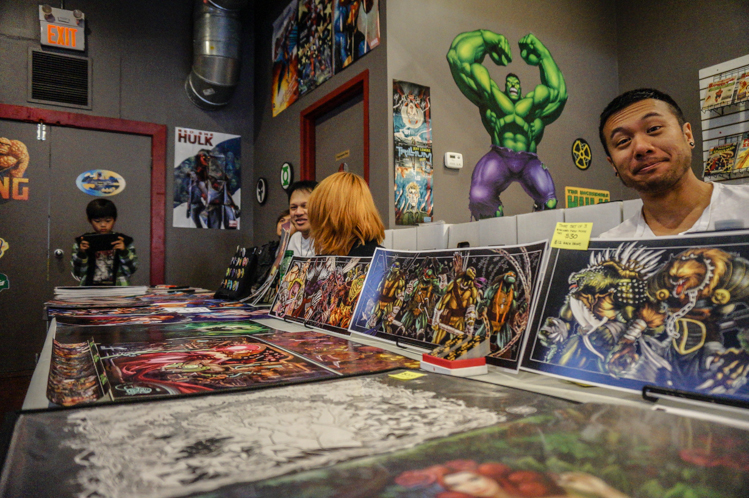 I have met some very cool people at his events and made many new friends that I would never have met if I hadn’t joined in the culture that has become #pulpnation .  This guy is a super awesome and scary artist. As in his art is scary, not him. Well, maybe a bit of both. Check out his stuff here.  Steve is great.  He has a new book out that I am going to read on Friday.

A few shots from Saturday’s Anniversary… 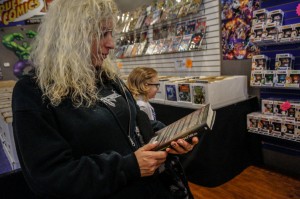 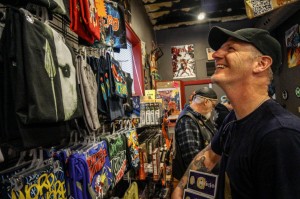 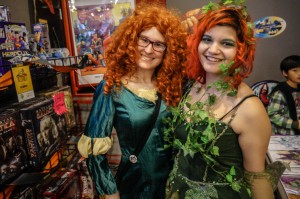 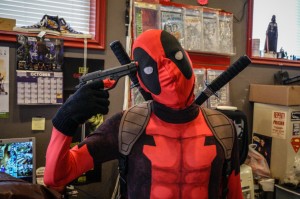 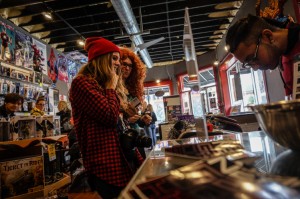 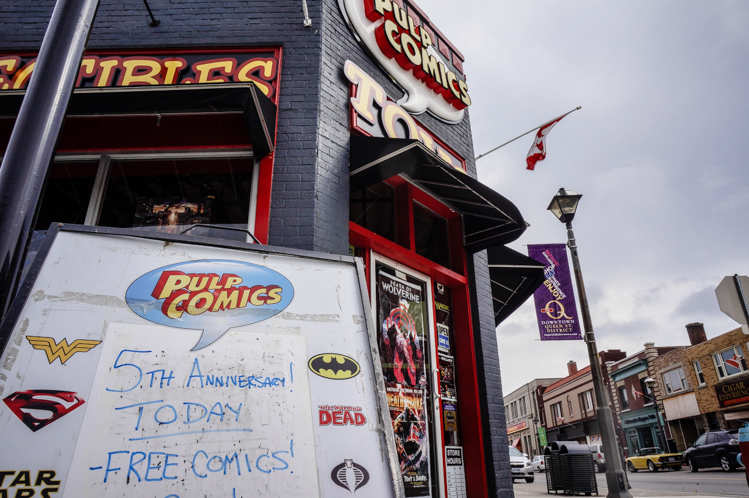 My belly; the entrance to paradise.