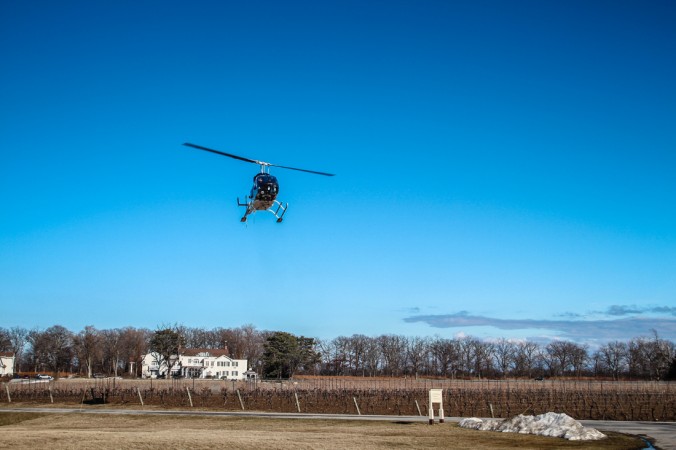 He took her on a helicopter tour and what happened next will shock you!

Sometimes in my line of work I meet some great people doing some unique things.

This day was no exception.  I was contacted by Niagara Vintage Wine Tours to be a secret photographer on a secret marriage proposal shoot.  The bride to be had no idea!

The location for today’s secret proposal?  The wine cellars at Peller Estates Winery. 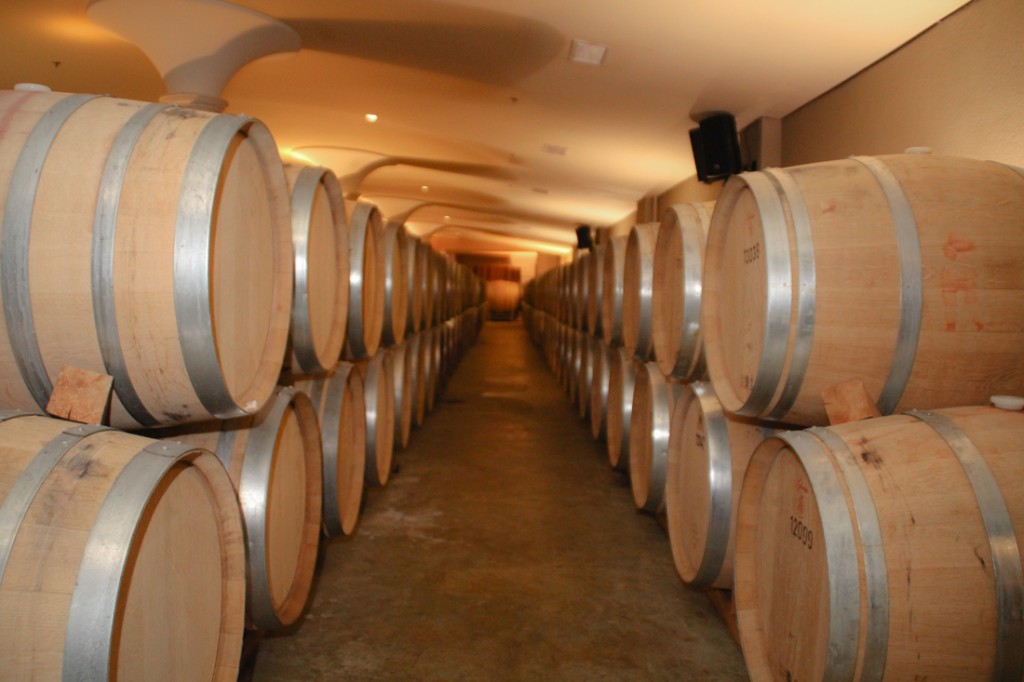 I arrived at the location a bit early to scope it out. What a beautiful winery.

There is a also a super fancy restaurant with a great Chef’s tasting menu. Perhaps they will invite me to a tasting one day and i’ll put together a great post (hint hint). 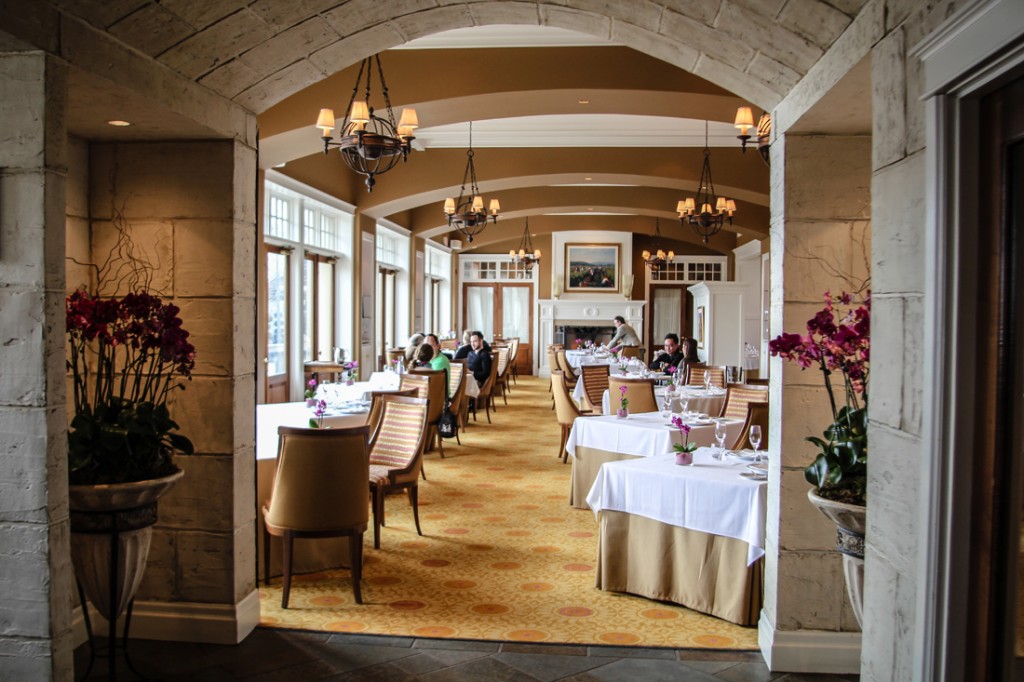 Oh look! In the sky! Is it a bird? A plane? A helicopter?  Yes! One of the sweet copters from National Helicopter’s fleet. 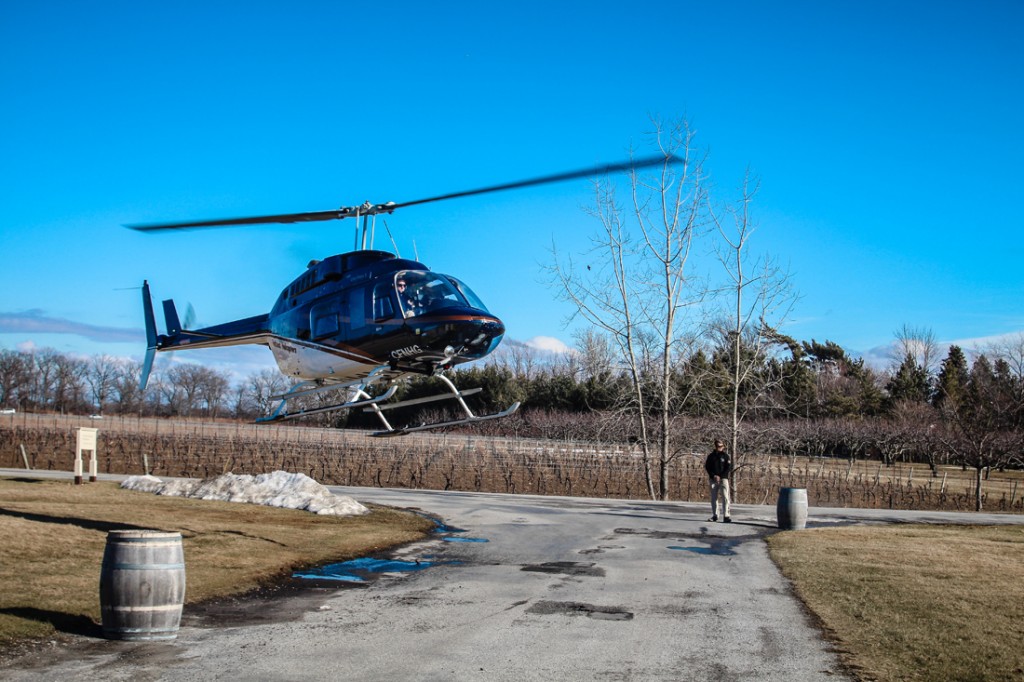 The couple arrived right on time.  She has no idea what what is about to happen.  For all she knows this is just another one of those helicopter around the Falls to a sweet winery and taste some wine days. 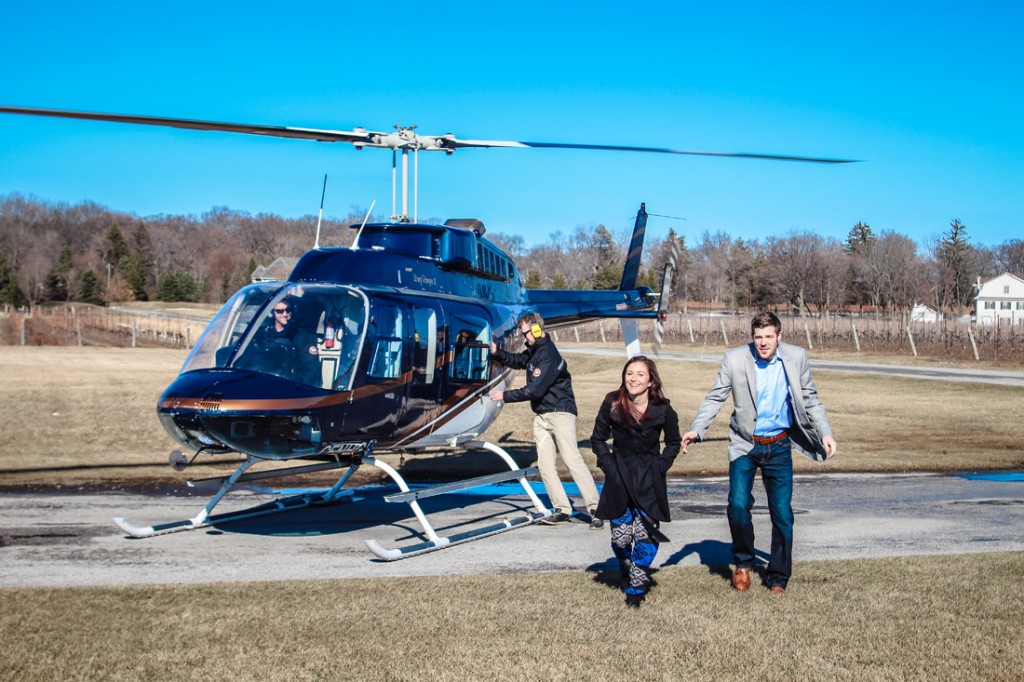 The tour was hosted by Sarah from Peller Estates and Chris from Niagara Vintage Wine Tours.  They started off with a quick tour of the fields.  It was pretty cold so it was ok that it was quick. 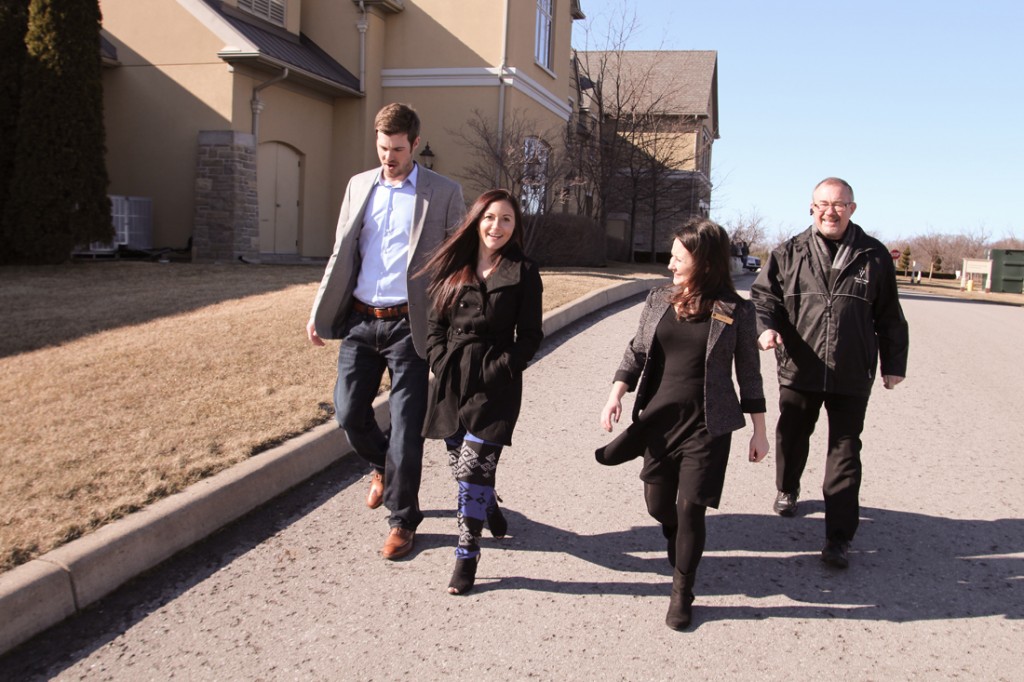 You could tell that he was really nervous. Not to mention I believe he told me that he had never had wine before this tour. 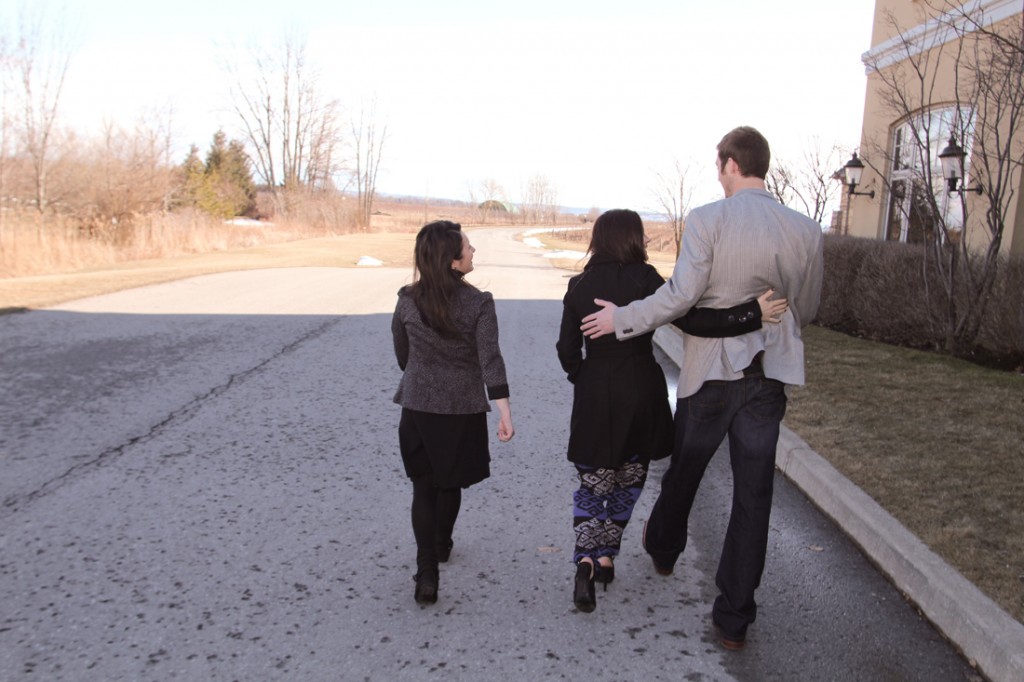 The couple was now being led into the cellars.

What would a staged proposal at a wine tour be without a look at the barrels…. 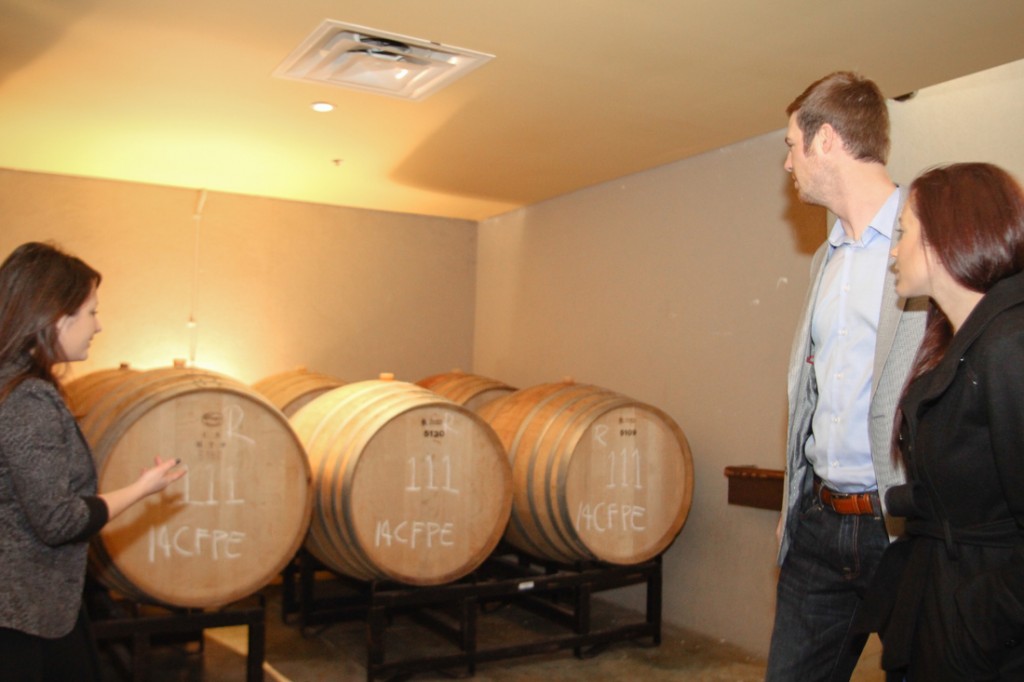 ….and tasting of some of their amazing wine.  They learned the swirl, swish and sip technique to bringing out the aroma and flavor. 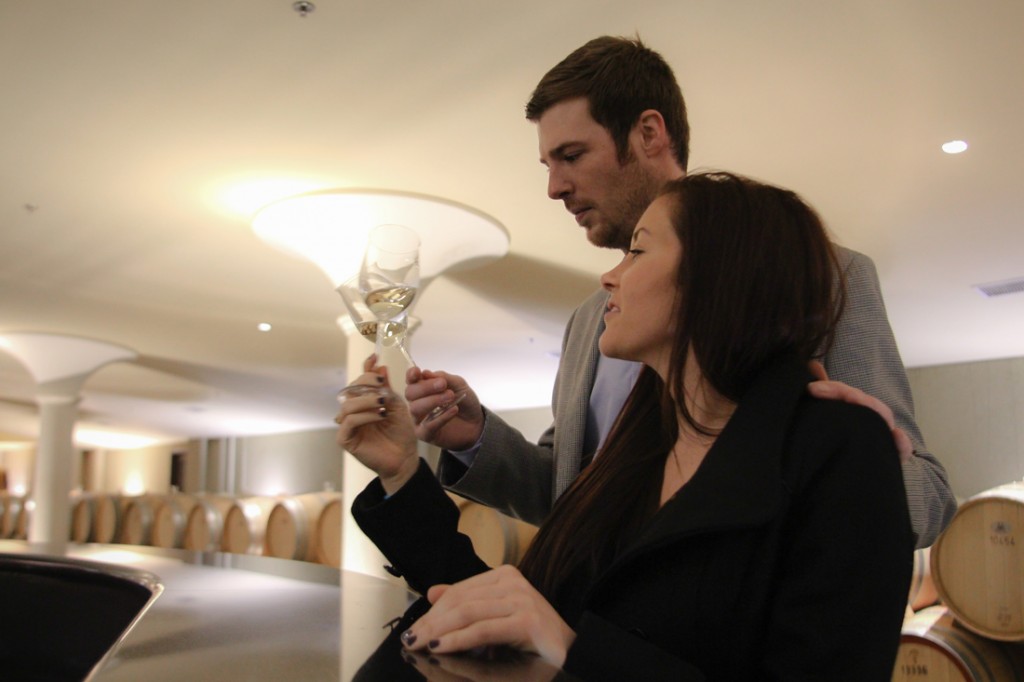 Uh-oh!  Looks like our charming prince has dropped to one knee……. 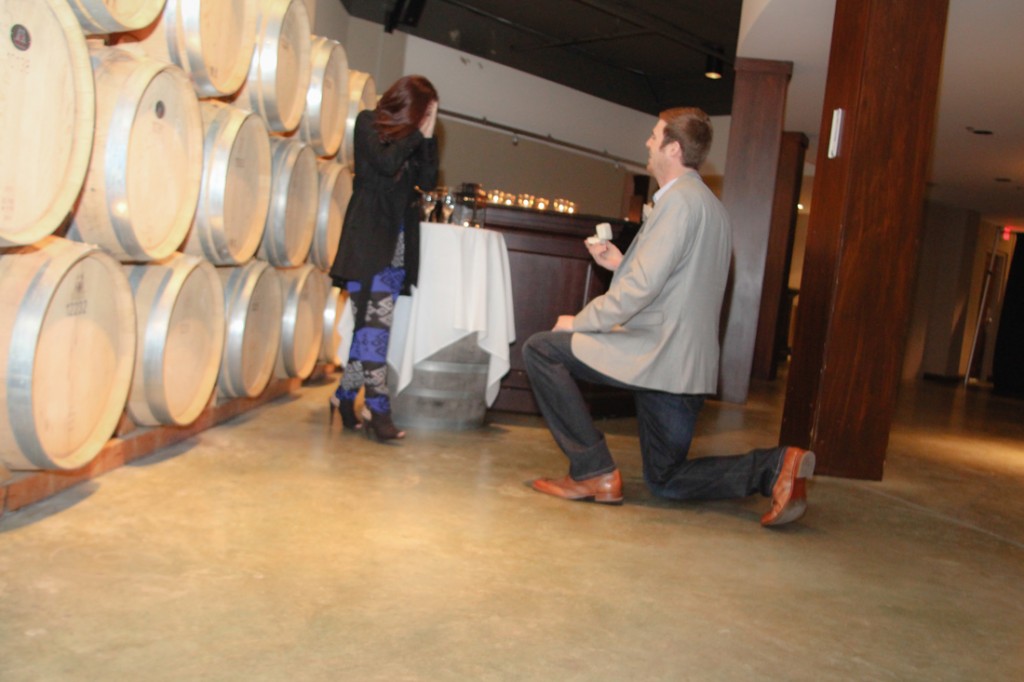 What do you think she said? 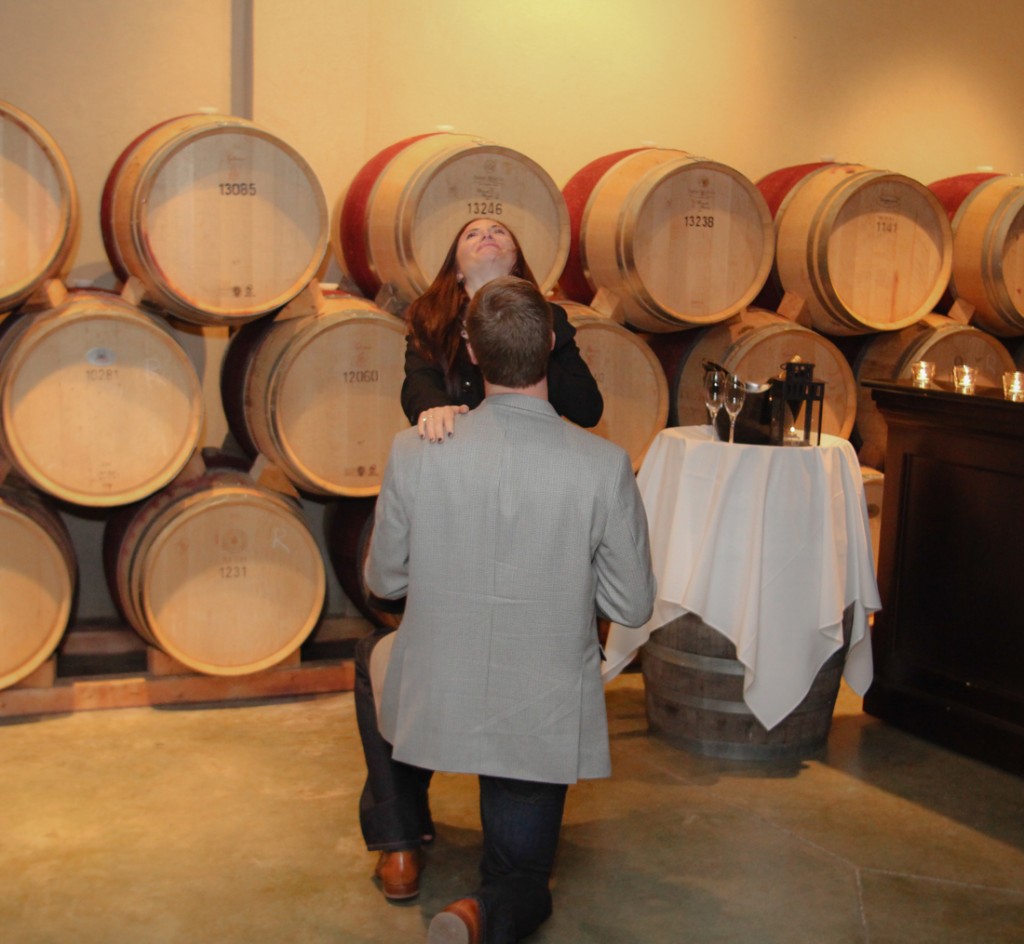 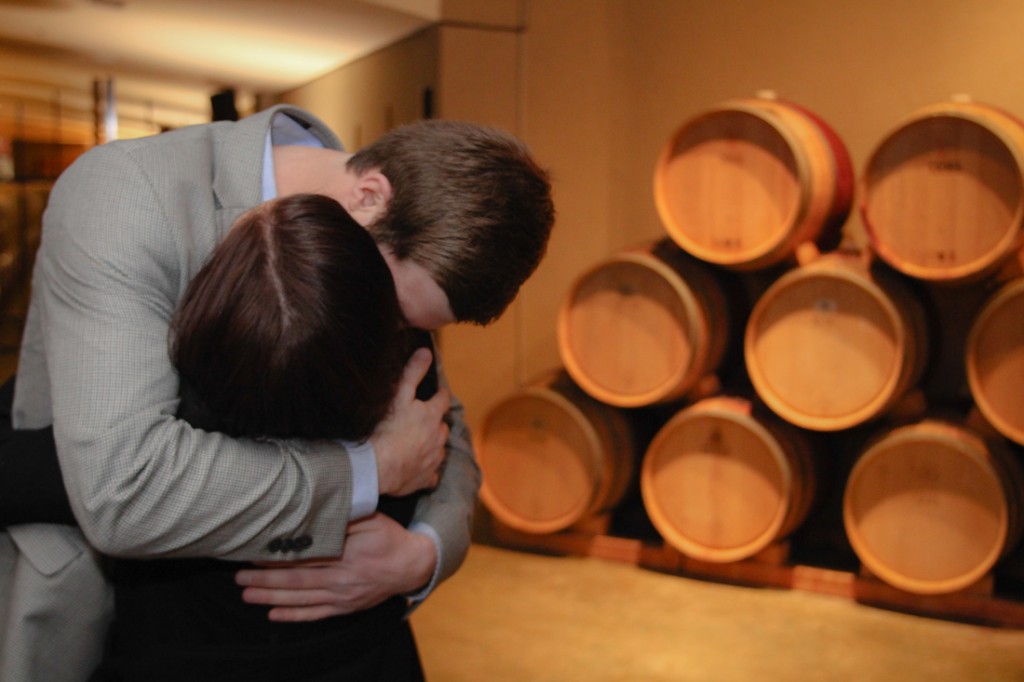 Time to celebrate with the champagne that has been opened by an ancient technique called ‘sabering’.  This is when the bottle is opened by slicing it with a huge sword! 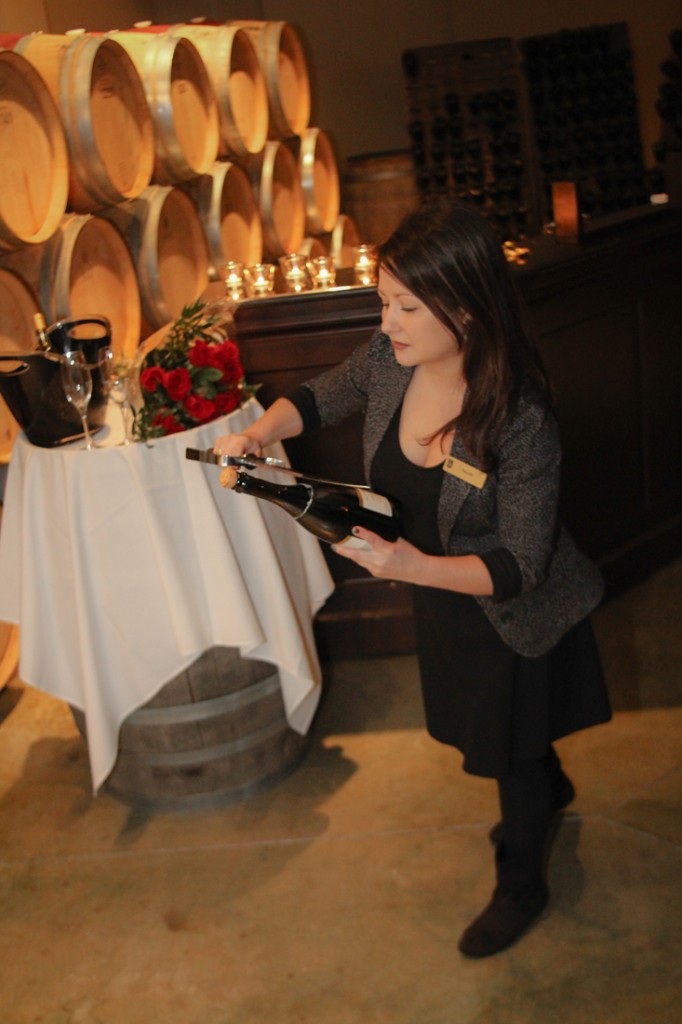 This couple could not be happier!  I am so glad that I was there to see this special moment that they will never forget.

Thanks for reading. Feel free to share this great story…

Sessions on the River with Frank Crytes